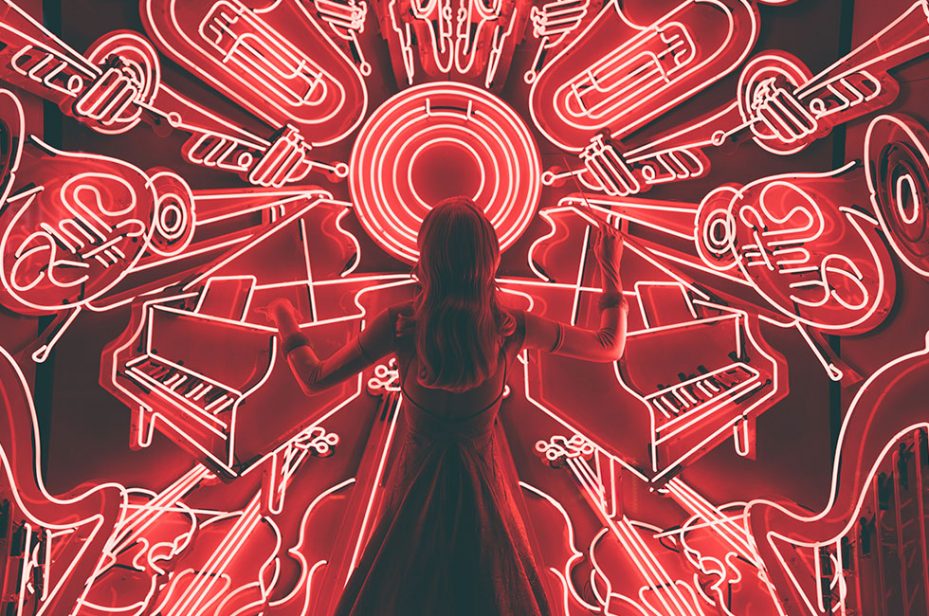 Thanks for your very prompt, fantastic service. Little Stars certainly has given me another option that I didn't have yesterday. The more I find out about it, the more I like it. I have to commend you on your excellent and efficient service. If this is how Maverick Musicals operate then it's going to stay in my network that's for sure.

I appreciate your help! The Circus was delightful and the children had so much fun performing - I think they could have gone on for 50 performances! Thank you - everyone was very pleased with it.

Thank you for your script of Rome Sweet Rome. We have enjoyed really successful performances! It really was fantastic. Thank you once again for your quality shows and excellent support.

You guys are the absolute best people on the planet to deal with!!! And trust me, I have dealt with many!!! Love dealing with you.

Smithy was a great production.  The kids loved doing it and we had good audience response!

I keep meaning to buy a script from someone else but I have to say that you guys have the best website/ ordering procedure. And always do whatever you can to be helpful!

As always your plays are fantastic for our senior students, and also superb for them to write about in their external exams. I will send you an image of the set for Hard to Swallow so you can see what we have done. It is only a 35sq m stage which is challenging to work on with a full cast! We will be using it for the next few years as we lost all our facilities in the earthquake so this is our 'temporary' home. Luckily the nature of your plays means they can work in any space!

Thank you so much for your quick, helpful reply. I always enjoy the process of finding a new musical for our Year 6’s to do over the summer holidays when there is time for reading and listening. Happy, happy days ... and thank you for the helpful, uplifting spirit of your emails.

As a director of both school and theatre group shows for over 20 years, I have worked with a large variety of material both good and not so good.  I am a fan of Maverick Musical's catalogue as I find that there is always a degree of consistency and quality to the shows on offer.  Last month, I directed Young Hercules and was absolutely thrilled with the result.  It has all those ingredients that we look for - great characters that kids love to play, both comedy and drama, a narrative that hums along (no dull bits!), short punchy memorable songs (easy to teach, easy to put movement to) and best of all, was loved by our audiences.  I would strongly recommend Young Hercules as a sure-fire hit.

Our production of High School Spoofical was a great success and I thank you for all the support we had. It makes it very easy having such extensive resources when you are doing these shows with minimal time.

Wonder In Aliceland the musical was great and just what our school needed 🙂 It has bought our community together.

The staging of a musical production at high school level is always an incredibly time consuming and challenging project. One of the most critical decisions is the choice of musical as it has to be manageable for both actors and musicians and hold their attention while providing and entertaining and fun experience. Montrose Bay High School recently presented Maverick Musical’s High School Spoofical. This was a huge success not only because as a script it was entertaining and so much fun to work with - but also because the performers could identify with and relate to the content making the rehearsal process a captivating and fun journey. This is the third Maverick Musical we have staged and each one of them has proved to be an excellent choice for all of the above reasons. The support provided by Maverick Musicals has always been exemplary and we cannot speak highly enough of them. The package provided is an excellent option for any school who wishes to head down the track of Musical Productions.

Thanks so much for Gladiators! You’re the best get rid of the rest!

You know I am a big promoter of your shows.  You absolutely understand the needs of your market!!!  I'm tickled to be back.  I think I want to do Man of Steel again next year.  I have my eye on a certain tiny 11-year-old for the Clark Kent/Superman part, but I want to see how he does as a monkey this year first in your Jungle Fantasy!

For the past 8 years we have used musicals from Maverick Musicals and they have always been great. We are planning to produce Wonder in Aliceland next!

I have been using scripts from you since 1982 when I did Man of Steel at Kojonup District High School. I think I have pointed this connection out to you before. I’ve since done it again twice, as well as about 17 others!! Back in those days, I had to ring you...anyway when I have decided between The Three Musketeers and Sheerluck Holmes, you will be hearing from me again.

Congratulations on writing a brilliant show. The Port Pirie Youth Theatre (SA) recently did The Pirate Queen. The audience loved it as well as the cast and backstage crew. Please thank the authors - well done! Brad Thomson. Stage Manager

Our team have been very happy in dealing with Maverick shows. I have been the costume mistress or coordinator for the last 4 years and my child has been in the shows for approximately 7 years! We've thoroughly enjoyed the shows and I' m hoping we can continue a wonderful theatre relationship. We are looking at 'Snap!' For our next show! Maggie Thomas. Arcadians Children's Theatre Corrimal NSW Our production of The Jungle Book is now complete and was really fantastic. Thanks for the wonderful service and we look forward to dealing with you again in the future.

We’re opening with Little Stars tomorrow here in Kenridge Primary School in South Africa.  Everybody involved in this production is working very hard, and enjoying every minute of this wonderful musical!  There are 150 children involved. I am thrilled we are the first school in South-Africa who’ll be doing the production of Little Stars!

We're participating in the One-Act Play Festival at Port Macquarie this weekend, presenting Golf, Marriage and Other Murderous Matters and Decline and Hall. The audience laughed like mad in Decline, and totally lost it with howls of laughter in Golf. Our regular patrons said it was our best show yet.

Thanks a million for your nice email with all the useful information. A few years ago I directed Man of Steel with my high school drama students in Guangzhou, China. Everyone loved the show and said it was the best one ever.  I am now living in Tucson, Arizona, USA, working in a local community theater. I would like to propose it for their next season. I liked it so much and think it is so clever and the music so good that it would be successful with actors of any age. Man of Steel forever!!!!!!

About 25 years ago, I was Bugsy in the Maleny SHS production of Man of Steel. I am now trying to explain to my daughters 7 & 5 what a musical is all about....! Kemuel Lam Paktsun

Little Stars was wonderful! Brilliant! The perfect musical for a Primary School. The script was relevant to the kids, was easy to follow for the audience, and allowed for the involvement of all our kids in Years 3-6. The music was modern and with the strong leads we had (including one of the Billy Elliot Cast members) sounded fantastic. It was easy to costume and stage - which meant that we could focus on putting on an awesome show instead of trying to get fiddly bits right. Mortdale PS has done shows every year for the last 14 years and some of the audience had seen them all. They were blown away at the ability of the cast to put on a professional musical instead of the 'assembly item' standard stuff they have done in the past. Apart from my expertise in having worked with different musical societies in Sydney, I place this largely with the quality of the script and music. THANK YOU!

We are a British A-level program in China for Chinese students who are going to study abroad in the UK, Australia, Canada, or the US. Our high school students are thrilled at the thought of doing a whole play IN ENGLISH! So far, only girls have tried out for Oh Rats, but we have a stunner who wants to take on the role of Mayor: she auditioned by belting out "You Give Love a Bad Name" by Bon Jovi and she was unbeleivable. Our Rappin' Rat is a delicate little thing who can really shake it down. I'm excited to do this play and I thank you for having such a wonderful website that's user friendly.

Thanks for all your great shows, many of which we have performed at Emerald Primary School.

Thank you for getting back to me so promptly.  Thats a great help, the only problem I envisage now is which ones to get (theres so many great scripts here)!!!

Thank you so so much for allowing me to have the script for Nagwaja -  I cannot put into words the relief and excitement! I really appreciate you help.

I have just done Fairytale High as a Junior Production - it is really good fun to work with and the students enjoyed it immensely.

Saw Banksia Beach's rendition of Little Stars last night and thoroughly enjoyed the concept and songs. Big, big cast and fortunately, a good venue. Certainly would suggest obtaining some photos for your website. Enjoyed it that much that I searched your site out this morning!

This will be the 3rd time I have staged Smithy, and I keep coming back to it as it is such a good school show. Really excited about doing it again!

No wonder so many schools deal with you, your response is SO PROMPT. I guess I am more grateful this time as I am actually going away and wanted everything for Little Stars in place for the Drama Captains - they are feeling rather important taking on this responsibility! Thank you too for all the info re videoing, all good and so easy to follow.

Thank you so very much for Gladiators - you are the bestest in the whole wide world. 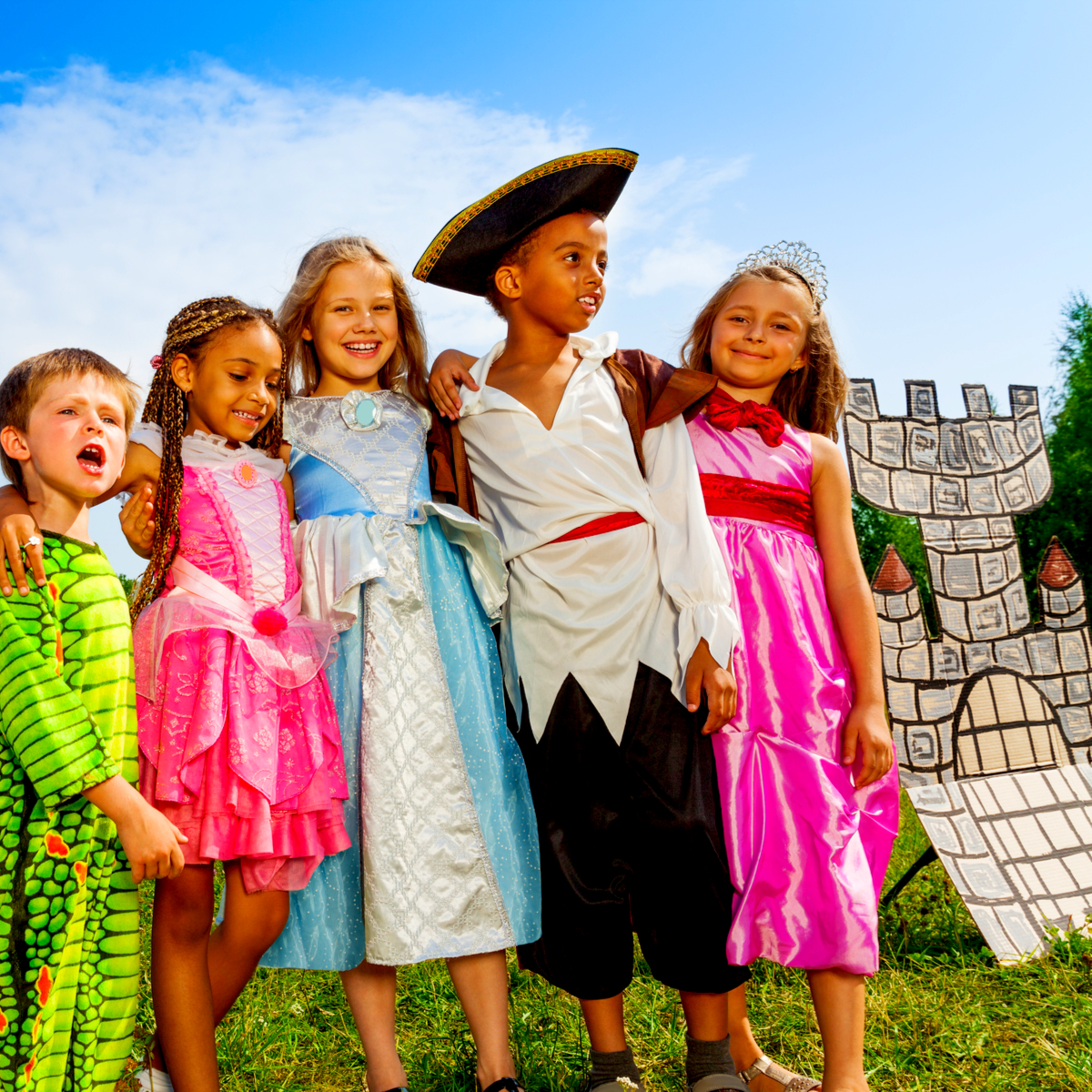 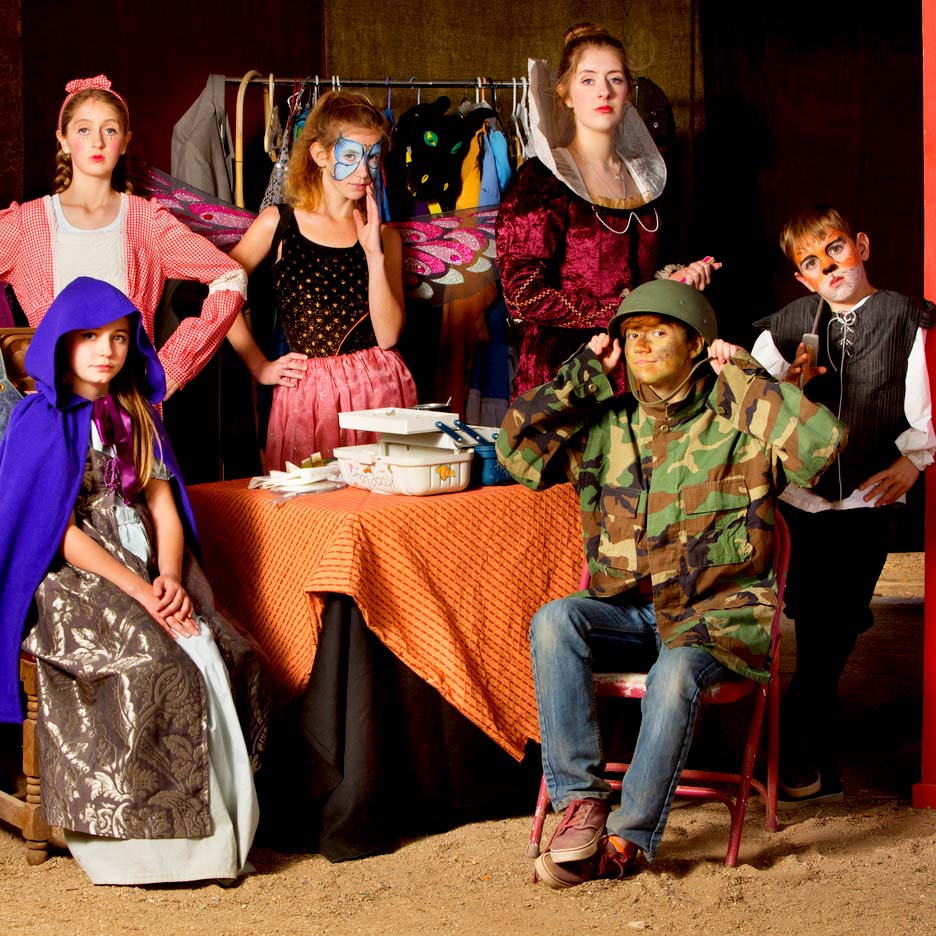 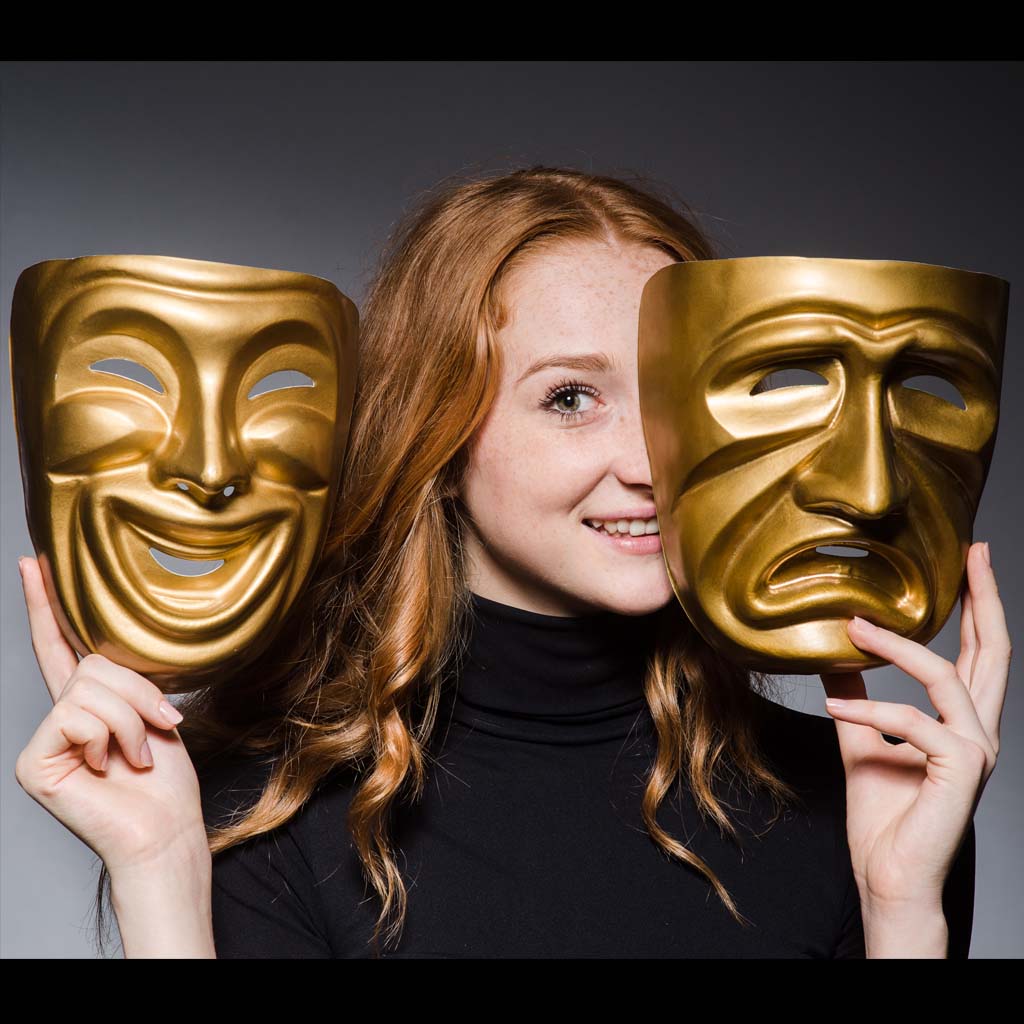 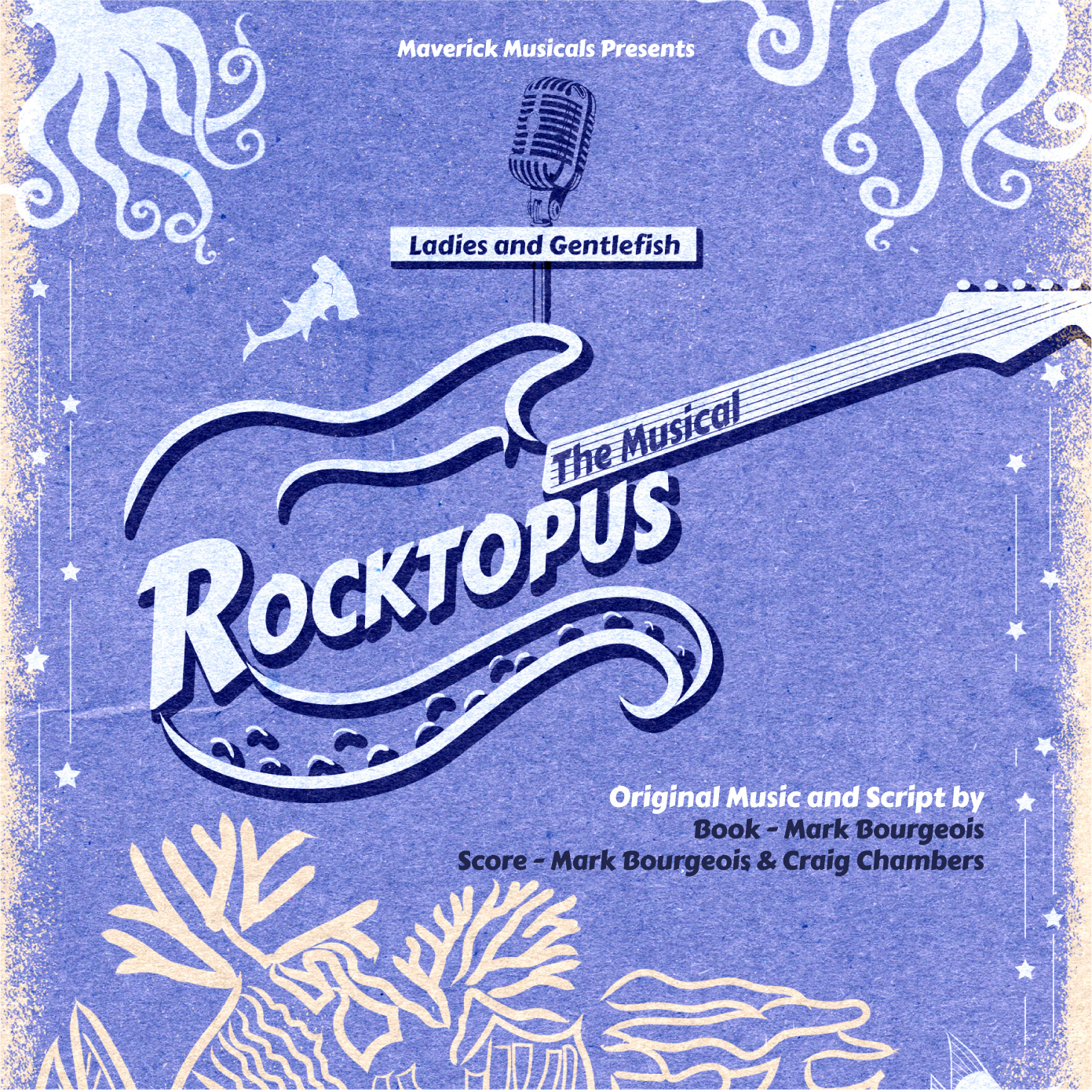