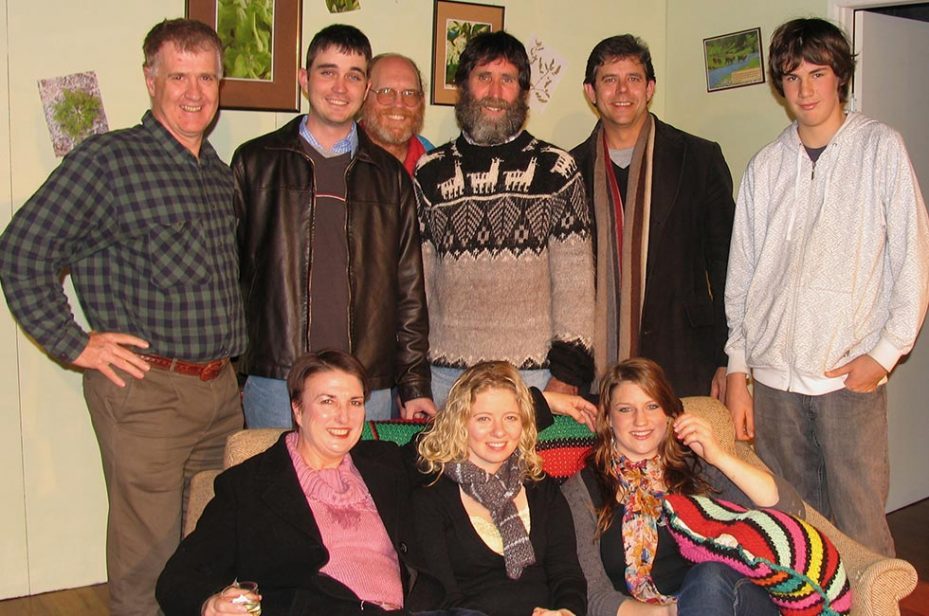 The biggest thrill for me as a playwright is hearing audiences laugh at my plays in the places they are supposed to laugh.  But that is not enough. I have this strong desire to weave heavy issues into my light-hearted comedies.

I’m sure it all stems from Sister Dolores who drilled into my seven-year-old brain that the only genuinely worthwhile work is caring for people with leprosy on an island without television.

As I bang away at the computer creating my comedies, I feel her presence and try and legitimise what I am doing by touching on something very important in each comedy. After all, if I’m not saintly enough to care for lepers, at least I should subtly guide people into leading better lives by promoting good behaviour!

After enjoying success in playwriting competitions with my comedies about semi-serious subjects such as drought-afflicted small towns (The World Bra Unclipping Championships at Garimba), a car salesman becoming a romantic matchmaker (Love Or Nearest Offer) and marriage mentoring (Love And Other Flushes) I decided to write an out and out escapist comedy crammed with one liners and without a skerrick of seriousness or any good behaviour.

I was halfway through plotting my rural comedy Farmer Will Swap Combine Harvester For Wife when the spirit of Sister Dolores struck. She must have supernaturally whacked me around the ears with her crucifix because I felt suddenly compelled to turn my comedy into a treatise about domestic violence.

Now as anyone knows, domestic violence is never a subject for a comedy. But a combination of Sister Dolores’ omnipresence, my own experience as a child and a perchance meeting with a rural domestic violence counsellor had me convinced I must write a play about this scourge of society.

After much finessing, I felt I had done my best to make a tasty sandwich with a serious filling. When the play was first produced by the Miles Regional Arts Council in western Queensland as the winner of the Dogwood National Playwriting Competition, it was decided not to mention the domestic violence angle in any pre-promotion.

We all felt it would put people off. But there were subtle clues. The poster billed the play as “A comedy with a serious twist” and the program listed the phone number for DV Connect, the hotline for getting help (1 800 811 811).

Thanks to a very talented cast, the play moved seamlessly from comedy to drama and back to  comedy. Farmer Will Swap Combine Harvester for Wife went on to win a Queensland Government Domestic Violence Prevention Award and has been widely produced.

Its empathetic message about a young woman trying to escape domestic violence sandwiched inside a feel-good comedy has hopefully inspired both victims and perpetrators to seek help.

I am sure Sister Dolores would let me off looking after the lepers just this once.