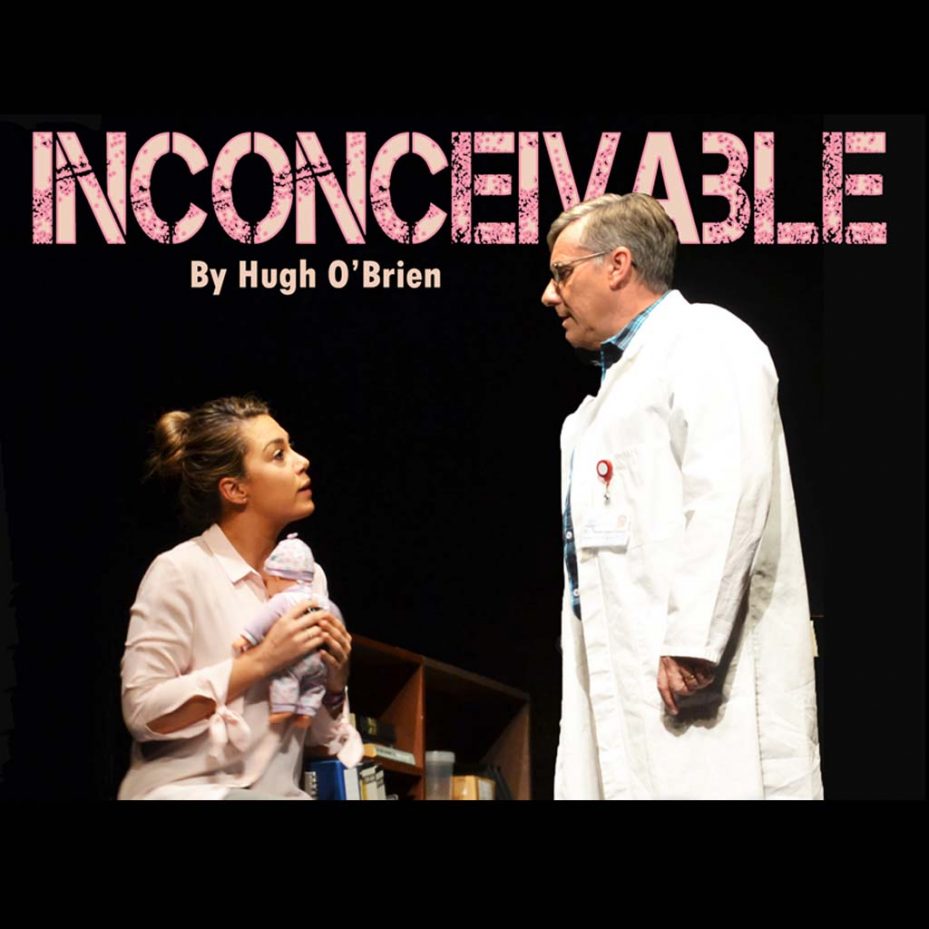 The Making of Inconceivable by Hugh O’Brien

INCONCEIVABLE is certainly a challenging play.  Its subject matter makes any decent human being feel very uncomfortable.  The radical solution its main character proposes to prevent child abuse is confronting and disquieting.

The play was conceived over a 30-year period. The first seed was planted in 1988 from a chance remark made by a psychiatrist acquaintance of mine.  Frustrated at dealing with teenagers who had been poorly parented, she lamented that the best solution was to put a contraceptive in the water supply so no one could have children!

Ten years later, when working as a media advisor for the government minister responsible for public housing, I was confronted by a journalist demanding answers as to why a young couple with two children had not been accommodated in a housing commission home.

This young couple were living in a caravan and the de facto boyfriend had inflicted terrible injuries on a two-year-old boy.  Only the intervention of a good Samaritan in the next caravan exposed the terrible abuse.

In 2008, I put the two ideas together and created a shaky first draft.  Many drafts and another nine-years later, I finally had a play ready to enter in a competition.

Slated for production by Ipswich Little Theatre just before covid hit, the play was reduced from 60-minutes to its current length of 50-minutes and received more excellent input from award-winning director Jim Orr.

INCONCEIVABLE has had a long conception with many hands contributing to its script.  Now all it needs is your brave hands to bring it to life.