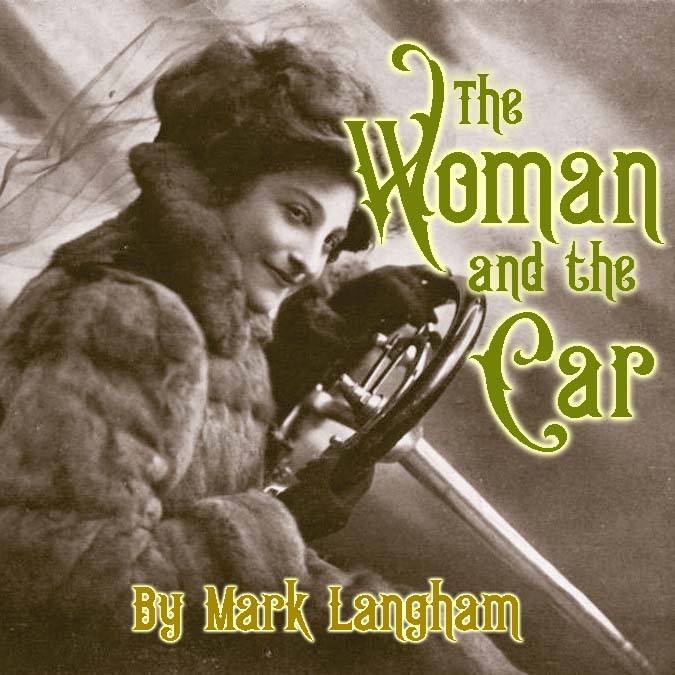 It’s been pointed out to me that my work tends towards the historic.  This isn’t particularly conscious, I promise, but I guess I am drawn to the plight of the individual in an historic event.  I’ve written about Soviet Russia (Twice), WW1 German spies, the teenage years of the Queen, etc, etc, so the tale of one Elizabeth Dorothy Levi was never going to escape me.  Oh no…

Around the turn of the last century, in an age when women in the UK couldn’t vote, have their own bank accounts (without hubby’s permission) and were universally known as the weaker sex, Dottie was a racing driver, a boaterist – real term, look it up! – and flew the odd plane.  She taught the Royal family to drive, possibly, owned her own apartment and generally lived life strictly under the terms of one E.D. Levi and to hell with anyone else.  She become Dorothy Levitt to avoid anti-Semitism and fell out with her parents because they wanted to marry her off against her will.  She formed a business – and some claim a personal – relationship with an Australian-born cycling champion, Selwyn Edge, and it was Edge who supplied her with a regular fleet of cars and boats in which our Dottie toted around Europe, scooping up prizes and records by the score.  Not for nothing was she called “the fastest woman in the world.”

At the height of her fame, just after writing the book whose title I have stolen for my piece, around the age of thirty, she disappeared from public view, aside from the occasional piece of journalism.  She was found dead, in her own apartment, shortly before her fortieth birthday.  Her death certificate, intriguingly, gives the cause of death as “measles and morphine.”

I mean, come on!  It’s almost as if she was living her life solely so that people would write plays about her after she was gone!  However, my piece has very little to do with factual history.  I have taken Dottie, Selwyn and the third historical figure, Isobel Savoury, and turned it into what I hope is entertaining while still focusing on the struggles Dottie, and womanhood in general, had to overcome.  The Woman and the Car is funny but not without its sadness and I’m very happy that our Dottie has a final tale to tell.

This brilliantly crafted play has a small cats of two female and one male and is available now. You can check out The Woman and the Car here and don’t forget to download your free sample too!

The Woman and the…