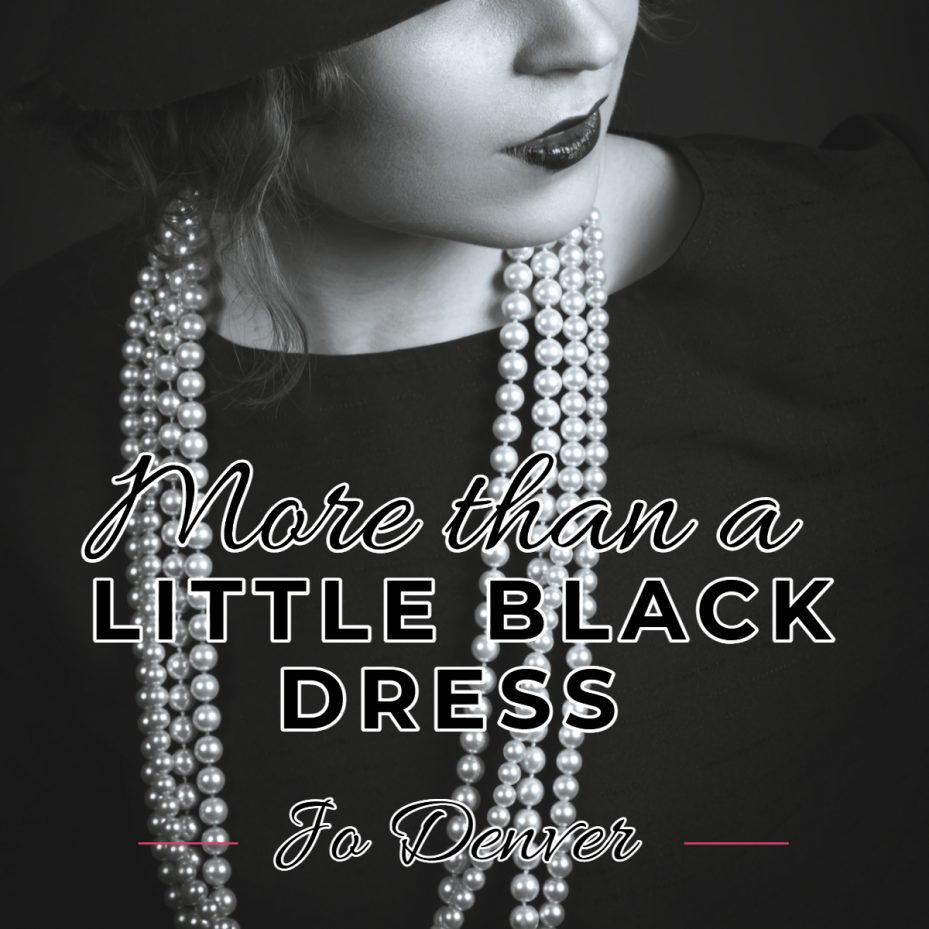 A lovely review from Brian Twomey of Blackheath Theatre Company about their recent season of Jo Denver’s More Than a Little Black Dress.
Congratulations to everyone in the cast and crew for such a successful show!

Fashion, fusion and friction – all combine in Jo Denver’s powerful examination of the life of Coco Chanel

It was a stylish start to the Blackheath Theatre Company’s sell-out production of Australian author Jo Denver’s powerful play, More than a Little Black Dress. The play shines an illuminating light on the complex and controversial life of fashion icon Coco Chanel.
Opening night patrons were encouraged to capture the mood of the French je ne sais quoi vibe. This they did splendidly, transforming the pre-performance foyer into a kaleidoscope of joie de vivre.
They were rewarded with a compelling insight into the transitory, triumphant, and ultimately tangled times of the girl who shook off her humble orphanage beginnings to transform and ascend to the peak of the world of haute couture.
Theatre lovers across the Blue Mountains community responded with equal enthusiasm over the next five performances. They appreciated the challenge of the theatrical staging, whereby strategic lighting separated the storytelling of the salon success of Coco’s reputation juxtaposed against the lesser-known darker side of Coco’s interrogation by the post-World War II Free French Tribunal.
The Tribunal’s intent was to unearth the true extent of Coco’s collaboration with high-ranking Nazi officers during their occupation of Paris.
Fiery, combative acting in the interrogation scenes played out against the gentler and seductive salon scenes of Coco’s subtle pursuit of high-powered lovers who were underwriting her rise to stardom.
Audience reaction ranged from “please extend the season” to “spell-binding production”; from “a fine ensemble cast carried a powerful play through to a successful conclusion” to “imaginative portrayal of a marvellous storyline.”
Some brief quotes from author Jo Denver:
“Congratulations on a tight, intelligent, professional show. I doubt if you could have found two more suitable or talented Chanels, they were magnificent; polished performers who attacked their roles with relish and added a reality in capturing the many sides of his mercurial woman….The cast were completely believable, with each character enthusiastically self-righteous in keeping up the pressure and pace. These difficult scenes were beautifully handled.”