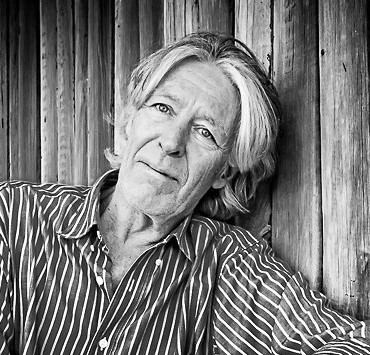 The first musical Simon Denver ever penned in the 1970’s, Man of Steel, with his friend Ian Dorricott, turned out to be the most performed school musical in Australia and New Zealand, and STILL IS. If that’s not enough success for one person, literally every theatre festival he’s entered has awarded his works multiple prizes. He’s got the golden pen, that’s for sure. Yet he is humble, gentle and generous with sharing his knowledge and his wisdom.

That’s just the tip of the iceberg when it comes to Simon’s incredible life. Growing up in an eccentric, creative family and in various countries (England, Malta and Australia to name just a few) and working all over the place as an actor, musician and Emcee for successful Theatre Restaurants that he wrote (like Robin the Hood) , Simon remains one of Australia’s most valued playwriters and is still generating plays as diverse in genre as they in content.

With a passion for all things humorous, he’s created some absolute rip-snorter, side-splitting comedies over the years, like his highly popular That Scottish Play. Then, just to be balanced, Simon’s also a real history buff and has written some truly intense dramas based of historical events. One of the most acclaimed of these is The Rock in the Water; the Greek tragedy of Antigone and King Creon.

To top it all off, Simon is an acclaimed Director who has a natural penchant for casting actors who are not only naturally suited to their roles, but who create an undeniable chemistry with the rest of their cast. It’s on many an actors’ bucket-list to work with him.

In short, Simon knows how to create theatrical magic from the pen to the stage. And the Arts Queensland Culture Champion award Simon earnt in 2013 is testament to that.