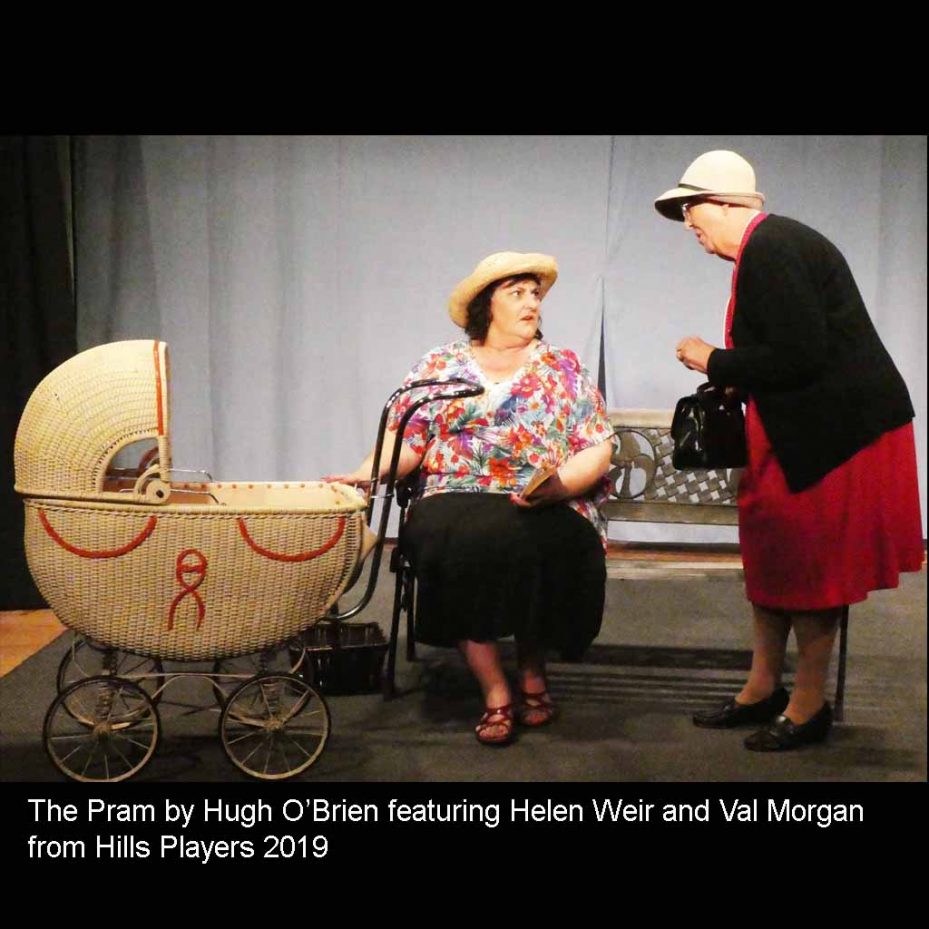 We asked Hugh O’Brien, multi-award winning play writer to give us a little insight in to his brand new one act play, The Pram.

“My new one-act mystery play The Pram has six characters – five females and one male. But there are really seven characters because a large pram appears in every scene and dominates the stage from start to finish.

It was a real thrill that the actual pram used in the first production of the play by the lovely Hills Players at Mitchelton in Brisbane has such special significance to me. The big cane pram has been in my wife’s family for almost 90 years. I restored it to original glory when my son was born in the late 1970s but being impossible to collapse to put in the car, the pram soon ended up forgotten and hidden under other junk under the house. Unearthing it after so many years actually gave me the idea for the play. What if someone suddenly discovered an old pram and began investigating its history?

What also helped me devise the plot was that a few years ago, I used a DNA test to determine the identity of my great-grandfather. In 1903, my mother’s father was literally given away as a four-year-old boy because his single-mother could not care for him. My grandfather never met his father and had only a vague idea of who he might be. Tracking down the identity of this ancestor through DNA testing was a real-life detective game which helped inform the plot of The Pram.

In the play, which is a work of fiction, the date mentioned for the death of a character is actually the date of death of my great-grandfather. We discovered he died of the Spanish flu in Longreach Hospital on July 1st 1919. I’m sure he never imagined that the date of his death would be memorialised in a one-act play over a century later!

I hope whoever produces this play has as much fun with it as we did and that the pram you use has a rich history.”

Thank you so much Hugh, it’s wonderful to hear how much meaning The Pram has for you and whoever performs it will value knowing your back-story.
Have a great weekend everyone and remember, our 25% off scripts continues until 28th February and includes this brand new play, The Pram!