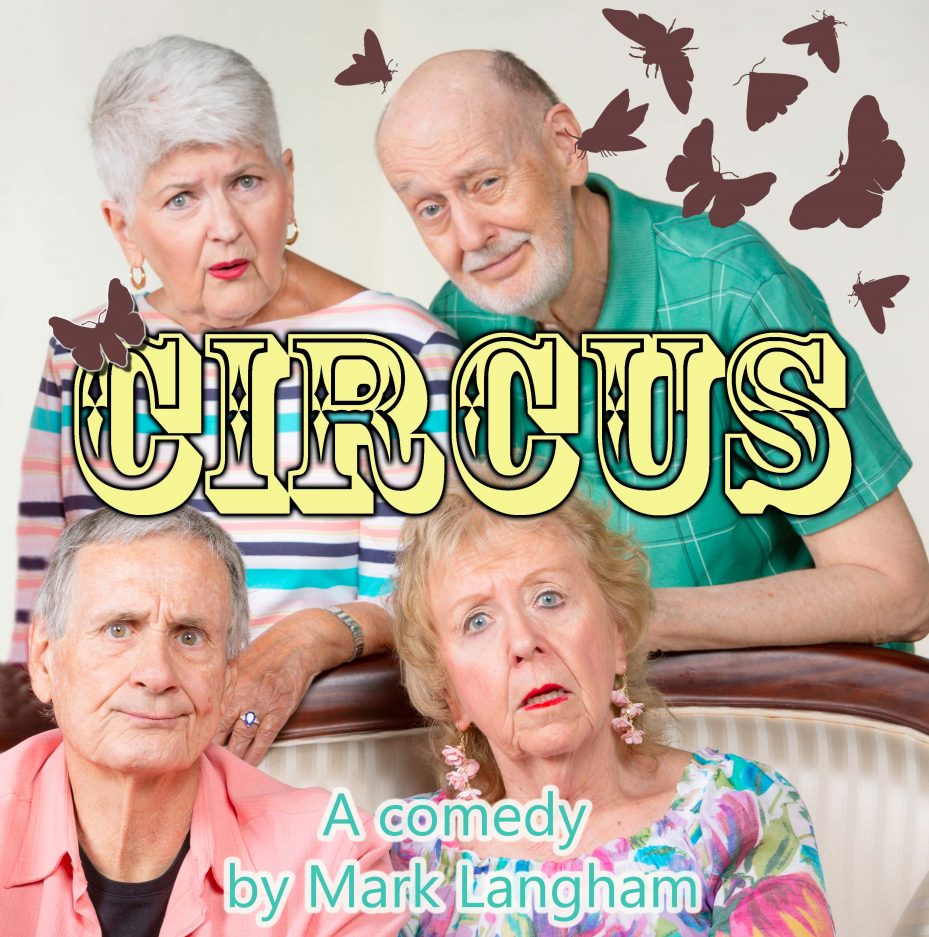 I’d just finished writing a play that was most definitely not a comedy and I wanted to just write something for fun.  But, of course, fun is quite hard work!  However, I was drawn to the idea of performers in retirement.  What do they do?  Practically, this play it would also allow for more senior members of our tribe to get a look in!

The story goes likes this – Geoffrey is the newest recruit to the Lion Tamers, Magician’s Assistants and Human Cannonball Lighters Retirement Village – the LTMAHCLRV, for short.  As one half of “Geoffrey and Eustace, Lion Tamers Extraordinaire”, he has earned his rest.  No sign of Eustace anywhere though…

He joins Hortensia and Estella; both assistants to magicians, both with a tale to tell – try stopping ‘em – and with an abiding hatred of each other.  And Lionel.  No one quite knows what to make of Lionel.  And his little friend.  Thrown together with nothing more than a lifetime of showbiz to bind them, they soon find that they have more in common than, perhaps, they imagined.  And Lionel.  What’s his role here?  He’s cleaned up after elephants, tried, in vain, to keep clowns off the sauce but this may be his moment to shine – finally.

Circus is a dark comedy:  full of showbiz nuggets and a gift for mature actors and lepidopterologists everywhere and, of course, it took me far, far longer to write than I imagined but it was worth it.

Perfect for a One Act Play Festival with an easy set, a small cast of two females and two males, Circus will not have your audience in stitches of laughter, but it’s one of those great plays that is such a pleasure for actors to work on as an ensemble.

Get your hands on Circus today with a complimentary sample of the script – head to the Circus webpage here.